When we left Portugal, we were really worried about the weather in Germany. But the weather here is, actually, amazing. It’s hard to believe that we are NOT in July. Everyone is in shorts and T-shirts and the terraces are packed with people.

Today we visited Schwerin, which is only 30 minutes by train from Wismar. The town is known for the Schwerin Castle, located on an island in the lake of the same name (Schwerin See). The castle was for centuries the residence of the Dukes of Mecklenburg and today  it is the seat of the Landtag (state parliament). 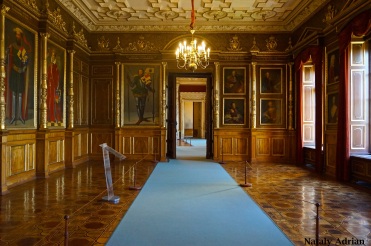 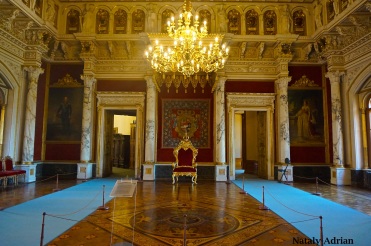 Quite an impressive staircase, don’t you think? 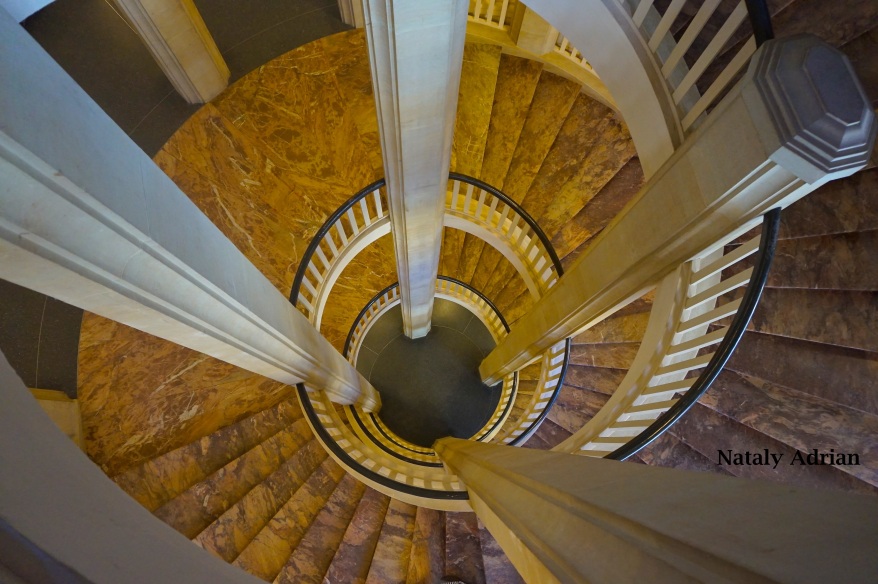 I really enjoyed our walk around the castle. 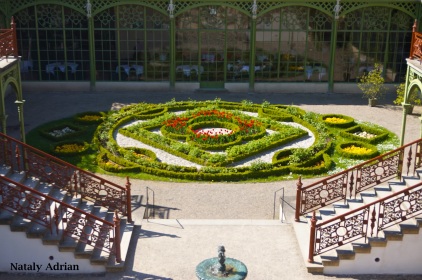 I imagined this tree telling a story to the flowers. The question is: What would the story be about? 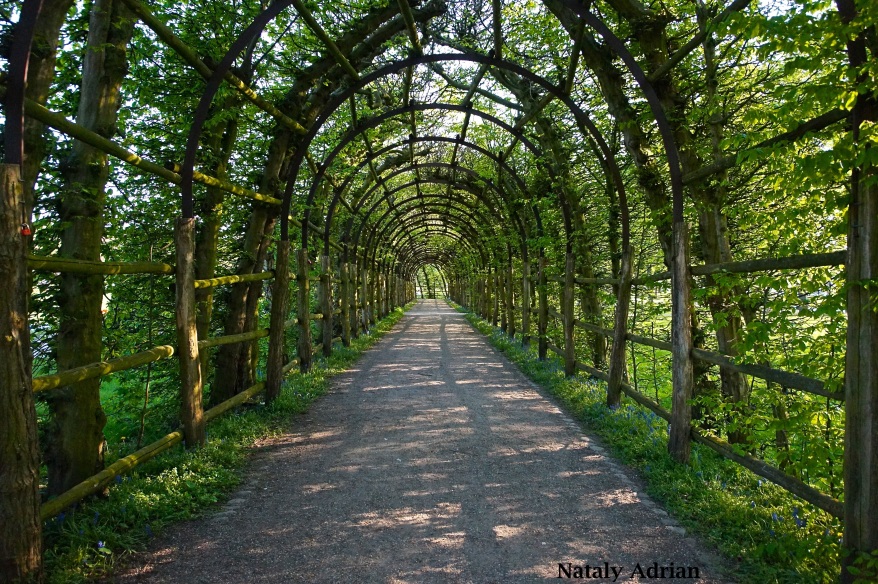 Schwerin is often called Versailles of North. The city also has a largely intact old town thanks to only minor damage in World War II. 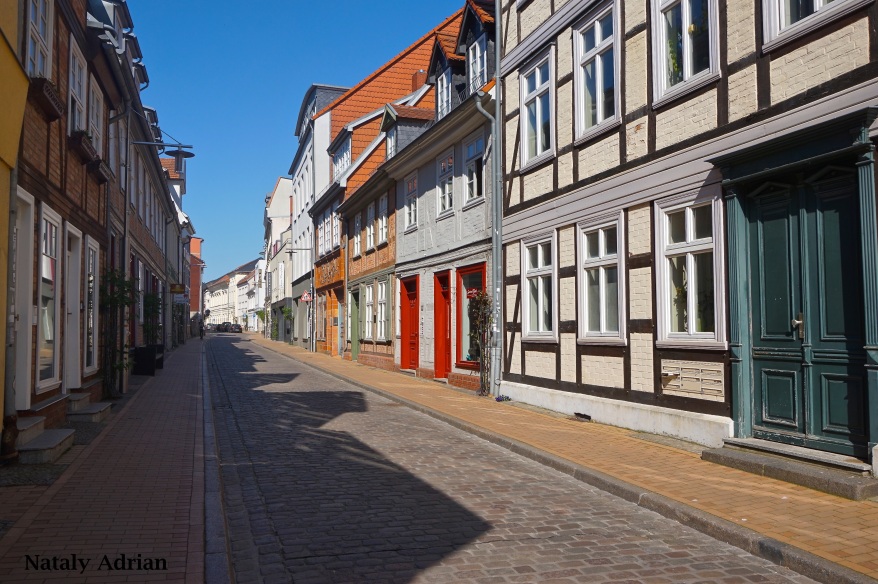 I saw some really cute houses. They would perfectly fit in my imaginary world! 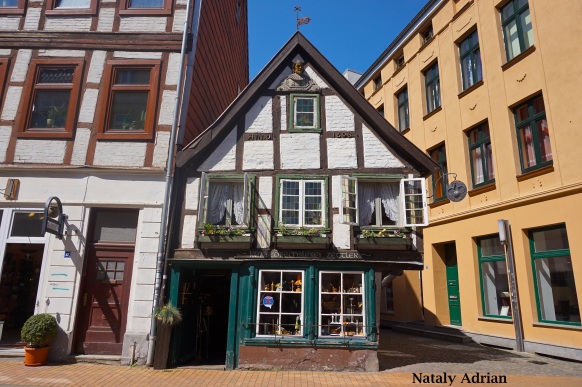 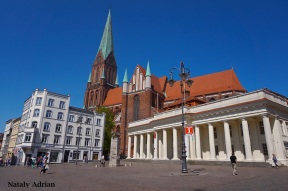 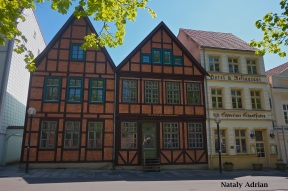 This is the Schwerin Cathedral, which is as old as the city itself.

And this is Café Prague where we had our lunch. 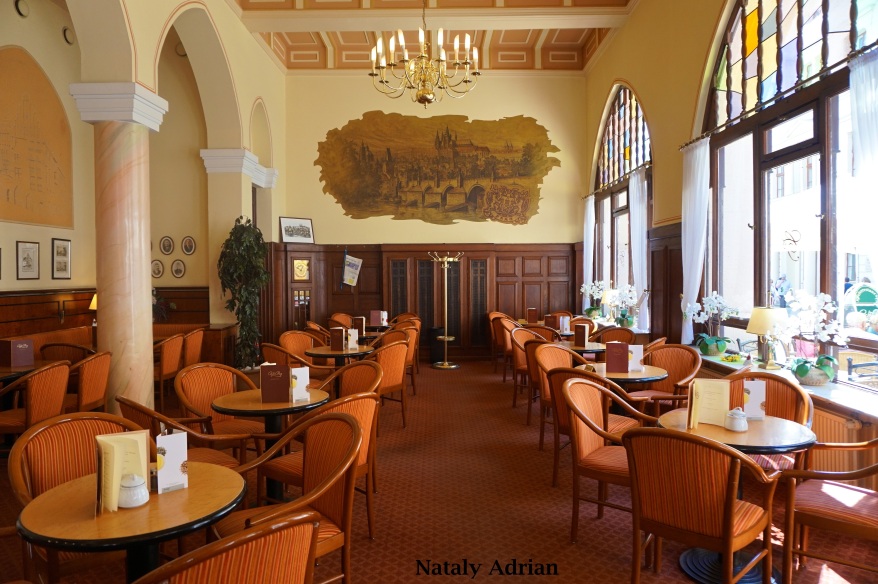 Now, this is really interesting. Let me introduce you to Bertha Klingberg. Bertha was born in 1898 and died in 2005. She sold flowers and the market and she did a lot for the town of Schwerin. At the age of 92, she collected 17000 signatures to opt for Schwerin as the capital of the state Mecklenburg-Vorpommern, which is why she became a Citizen of Honor.