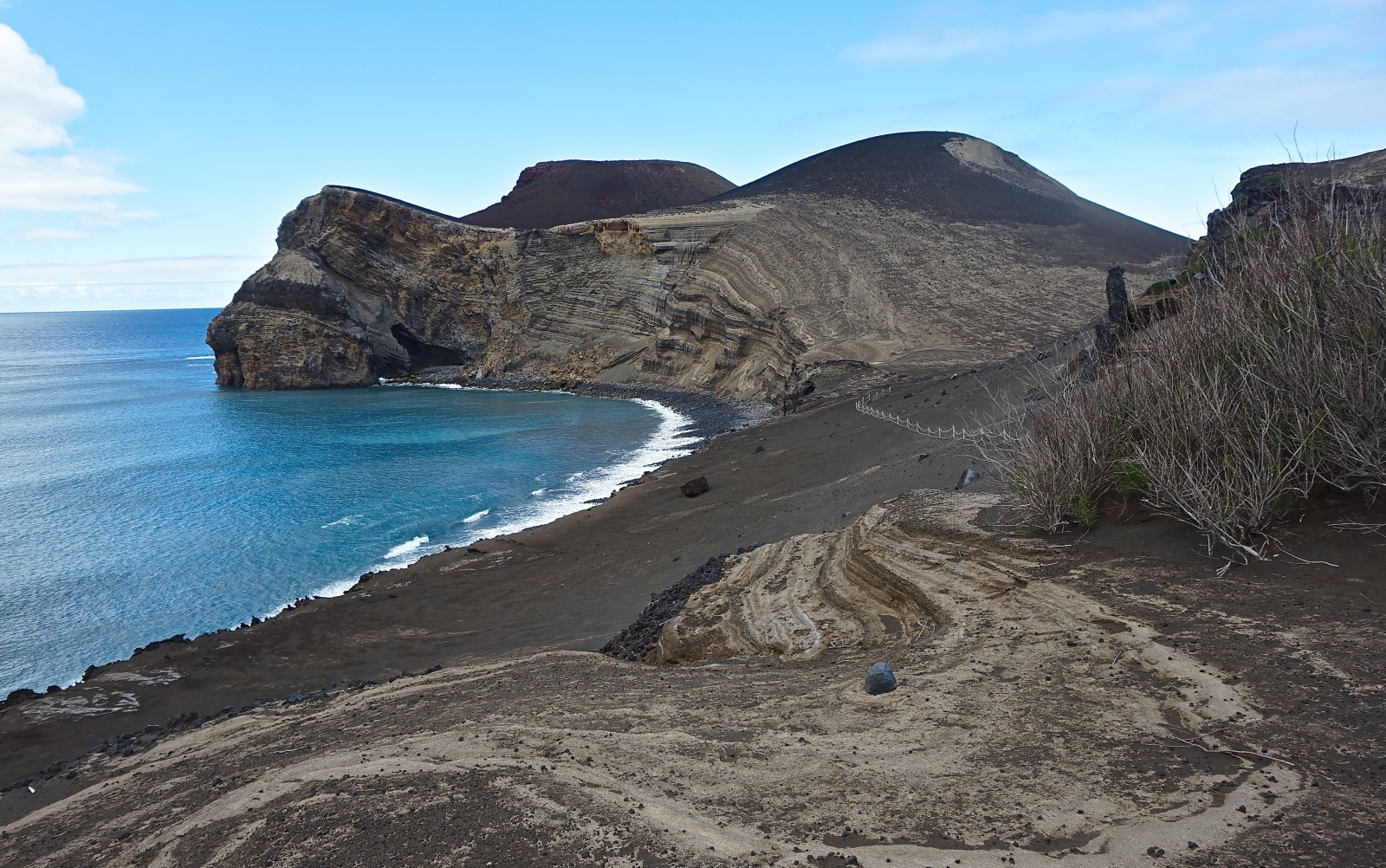 It is truly extraordinary what our dear Mother Nature can create. Now, don’t be put off by its name – Adršpach  (I’m getting used to tongue twisters in this part of the world).

Adršpach is situated near the Polish border and about 170km northeast from Prague.

The Rock Town is made naturally of huge rock formations that take the shape of columns, pillars, walls and labyrinths. I was told that it very much resembles the famous Capadoccia region in Turkey. 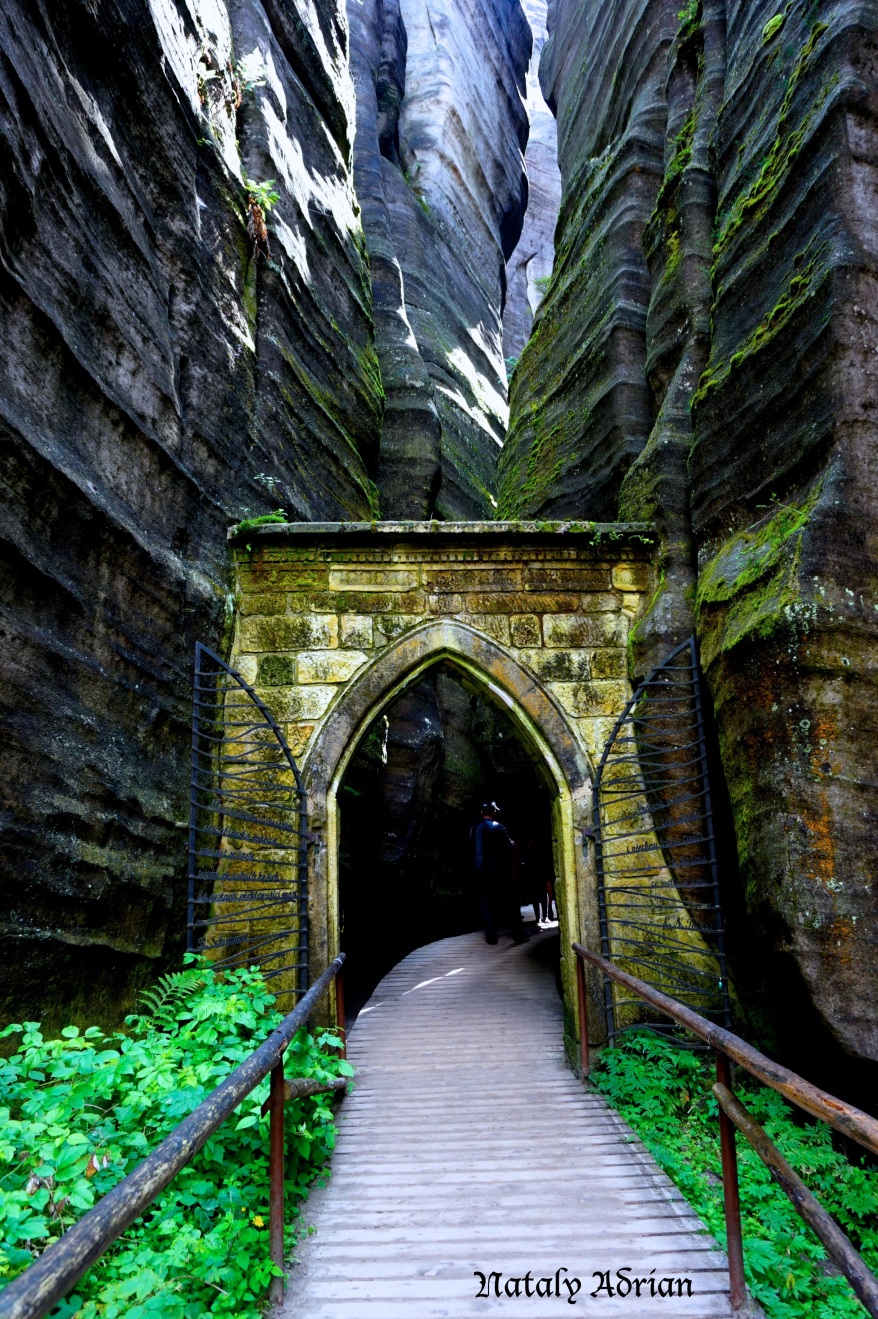 The Rock Town was unknown in the world for centuries. Local settlers would only venture around if they felt endangered in their villages as they could shelter in the narrow gorges and caves of the Rock Town.

Quite a few famous figures of the 18th century visited the place, for instance: Johann Wolfgang Goethe, Prussian Queen Louise, the Polish King Friedrich August, the Emperor Joseph II and many others. 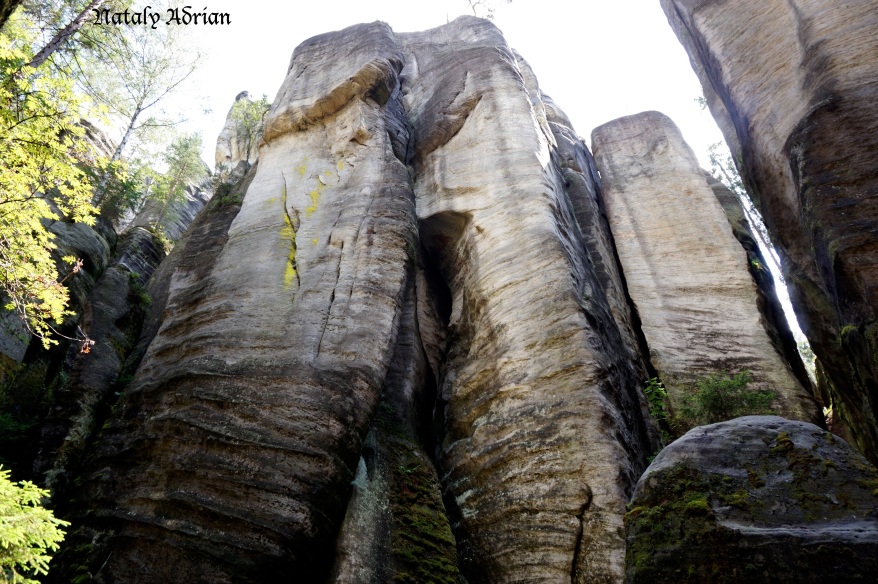 Only after the great fire in 1824 the rocks began to emerge from the dense fir forests that once had grown there.

In the 19th century, Adršpach Rock Town became more accessible when the paths and trails were constructed. This is when the first tourists and hikers from the neighboring Silesia appeared.

The trail, in the shape of a big loop marked with green signs, is 3.5km long and it takes you to the most important and interesting points in the rock labyrinth although you can notice the first rock formations even before entering the park area.

This is the Metuje River which has a beautiful, warm orange color. There are two waterfalls: the Big Waterfall and the Small Waterfall.

There are hundreds or perhaps thousands of strange rock formations and some of them, especially those that resemble something have unique names; Thunder Boulder, the Lovers, the Mayor, the Mayor’s wife, Sugar Cone…But you are of course free to use your own imagination and give your own name to the numerous rocks, towers and spires. 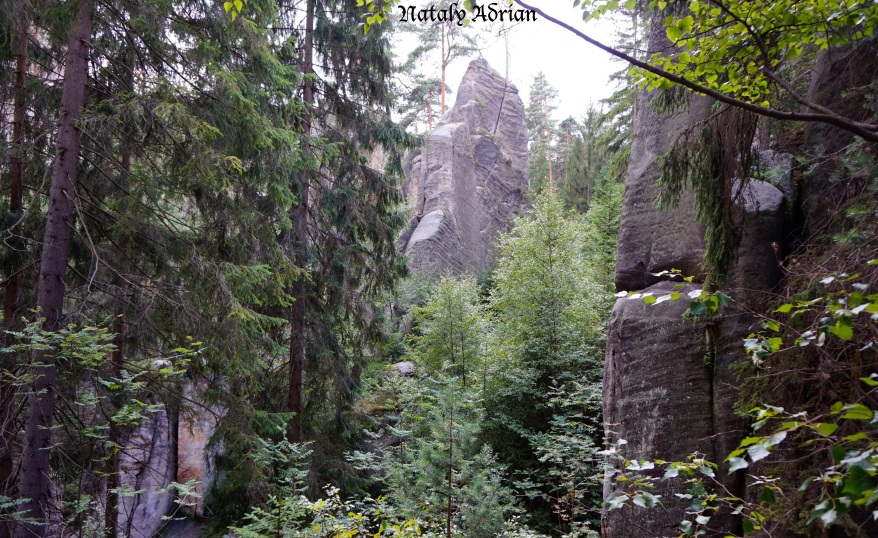 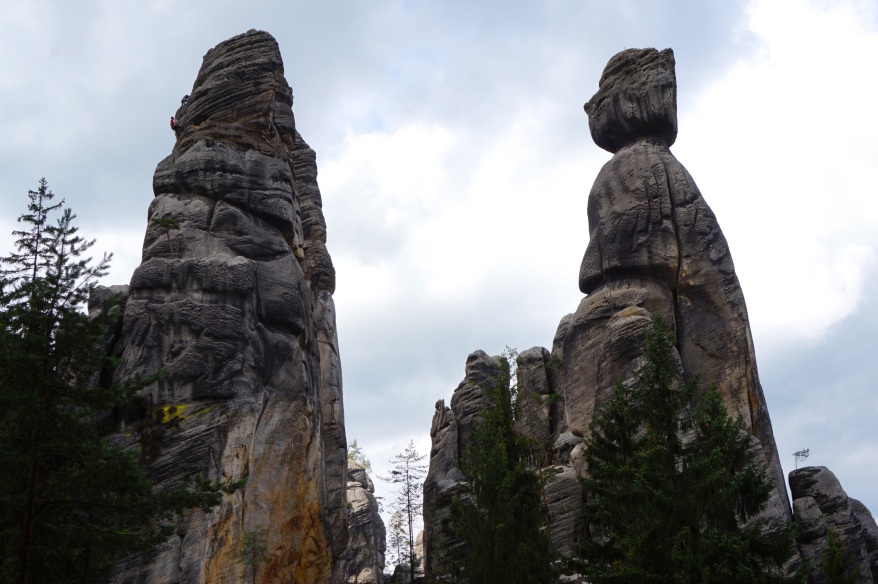 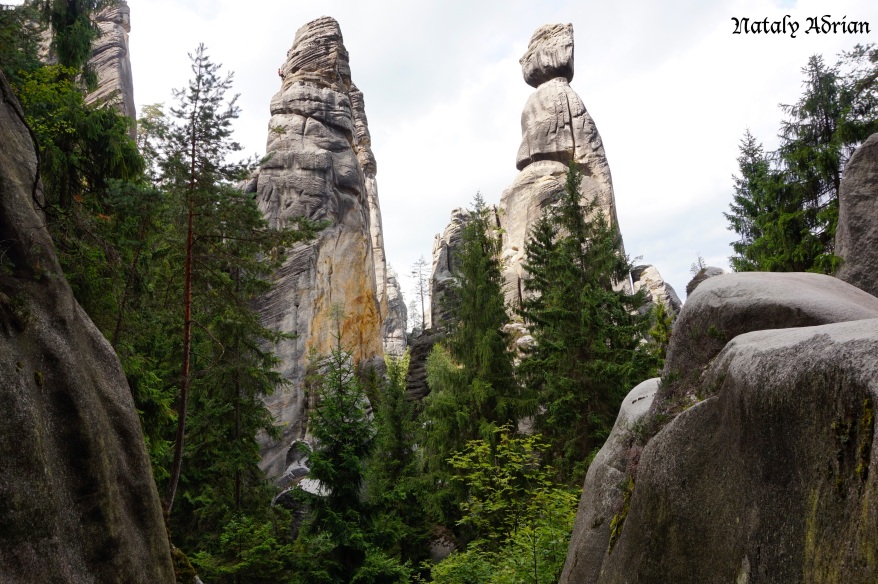 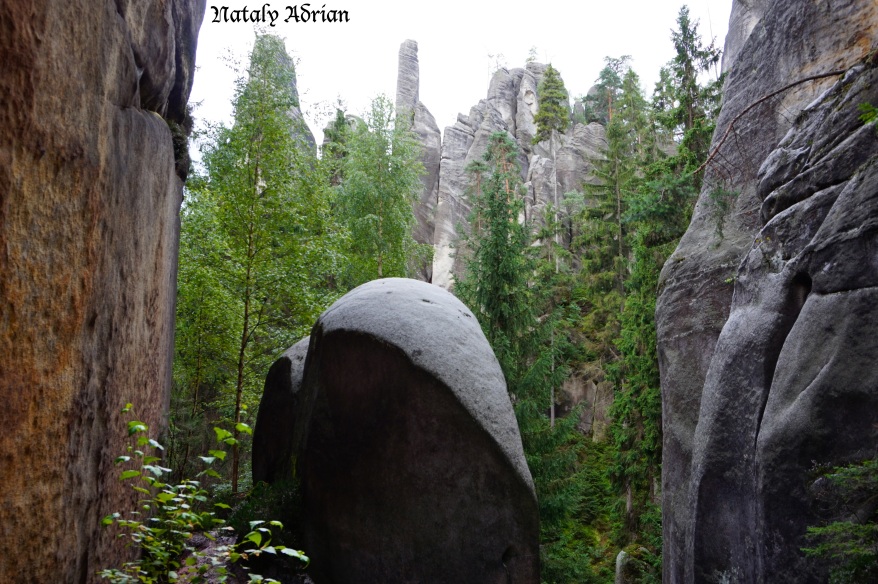 There are many stairs and narrow passages along the way.

This is not a natural lake but a former sandpit that has been filled with water. However, it still looks beautiful. Don’t you think?