Wang Church in Karpacz – the church that was moved from Norway to Poland!

When you go hiking, you generally expect to see high mountain peaks, spectacular waterfalls, or perhaps an interesting bird or a butterfly…but you wouldn’t really imagine to find an important piece of history or an extraordinary monument.

But the Karkonosze mountains are definitely an exception. They house an incredible gem – the Wang Church. This magnificent wooden structure in Upper Karpacz was one of about 400 such chapels built at the turn of the 12th century on the bank of Lake Vang in southern Norway. Only 28 of these “stave churches” (medieval wooden Christian churches once common in north-western Europe) are still standing today.

I visited the Wang Church on a hot summer day. As you can well imagine, the place was swarmed with people. We had to queue in the boiling sun to be allowed inside. By the time we entered, all the seats had been taken and the tape they played was in Polish. Luckily, for the non-Polish speakers, there was a brochure in English. 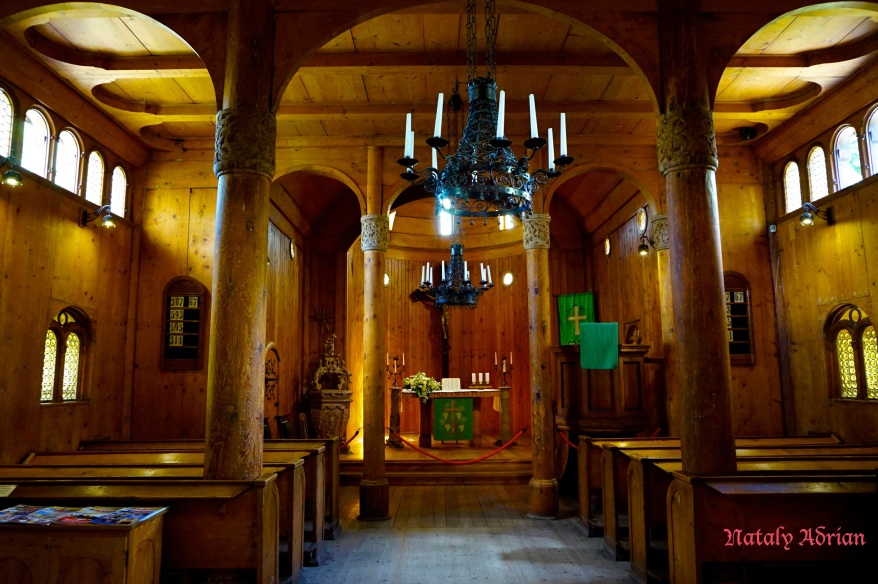 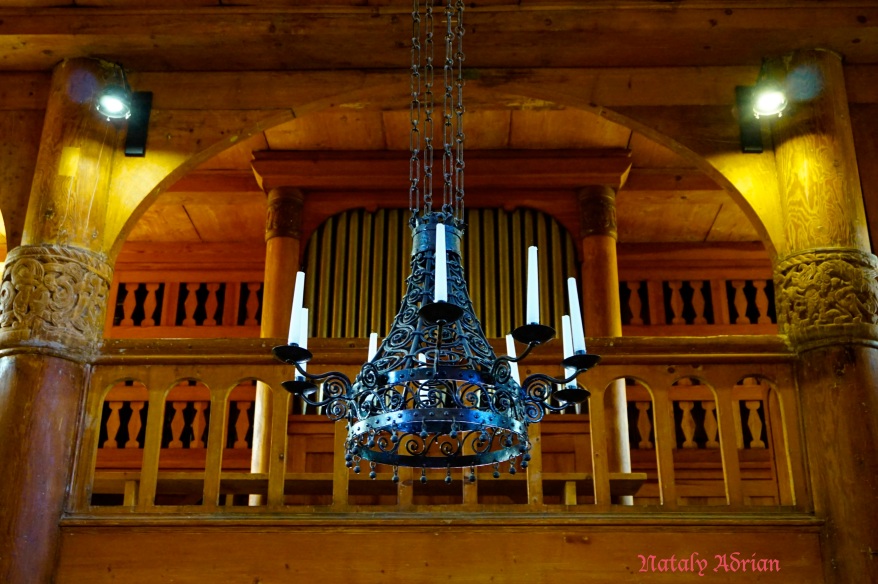 Apart from being beautiful, this church has an amazing history. It was constructed in Vang in Valdres (Norway) some time before 1350. However, by the early 1800s, the building had become too small for the local congregation, who had a new church built beside it. Therefore, the medieval church (i.e. the one in Karpacz in Poland) was to be pulled down and its timber sold.

Now, there was this famous Norwegian painter, Mr J.C.Dahl, who was determined to save the church. He considered it valuable enough to be preserved for posterity.

And this is my favourite part in the church’s history: King Friedrich Wilhelm IV of Prussia bought the church in 1841, had it dismantled piece by piece and then transported to Karpacz via Berlin. Don’t you find that extraordinary? 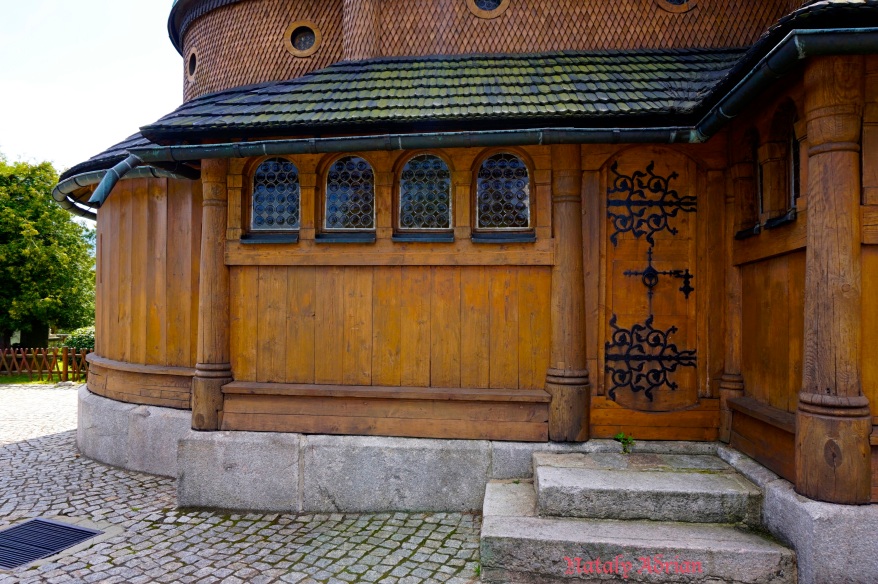 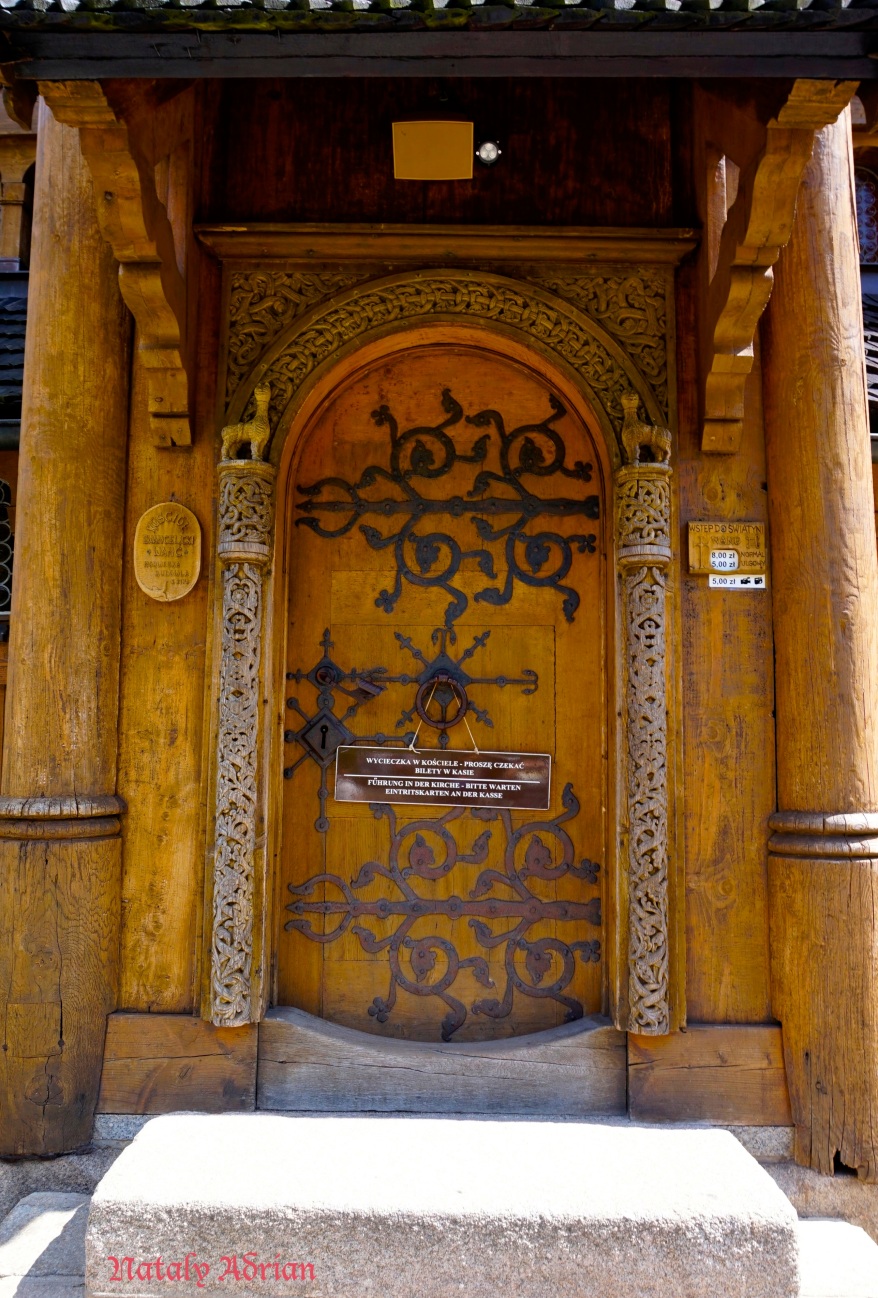 The church is made of hard Norwegian pine and it was constructed without a single nail. It is surrounded by a cloister (which wasn’t originally there) that protects it from the mountain wind. 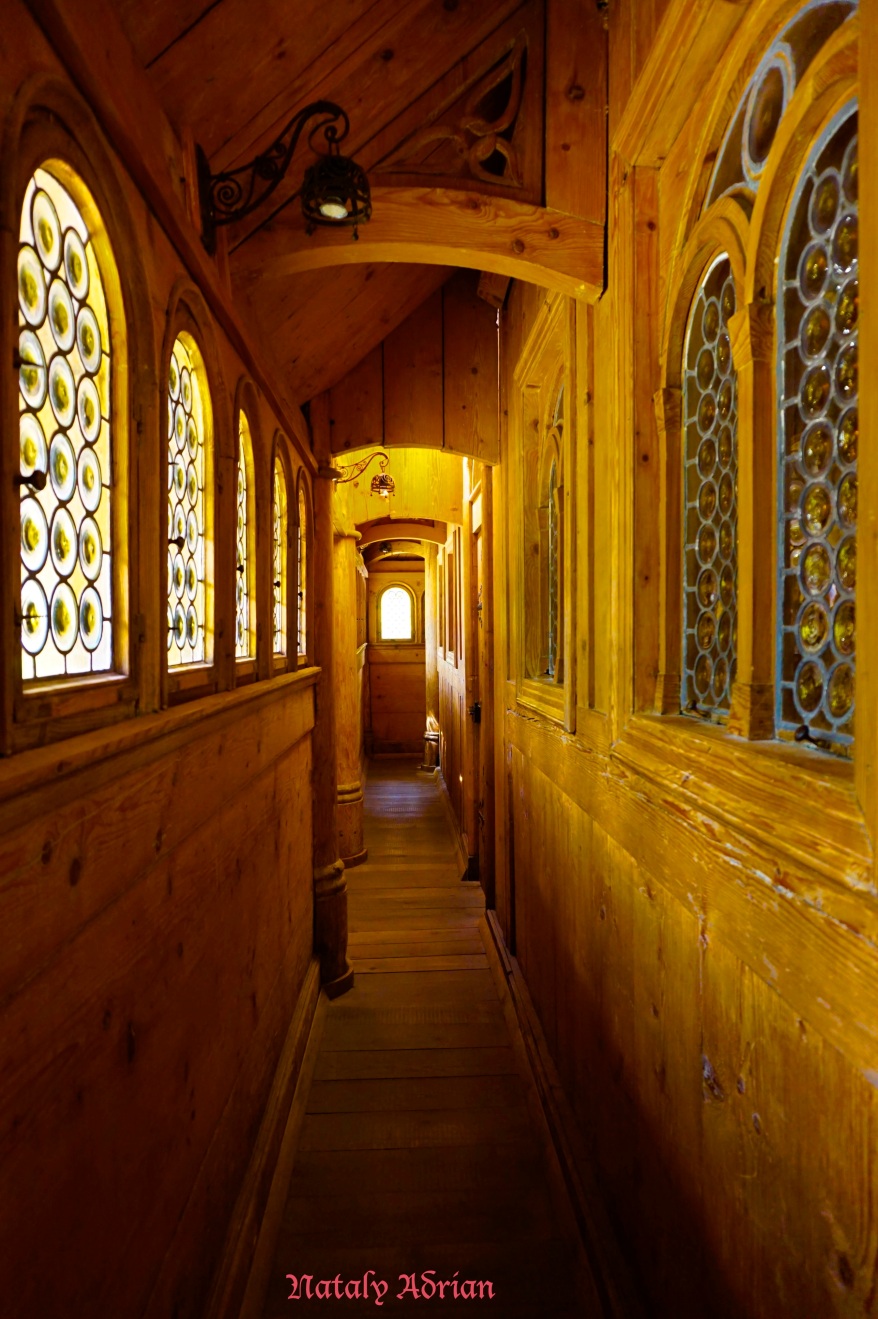 Part of the woodcarving is original and in excellent shape, particularly the doorways and the capitals of the pillars.

The free-standing stone belfry was built when the church was reconstructed here.

When the tape had finished playing, everyone (including my boyfriend) left the church. I stayed a tad longer because I wanted to experience its magic alone. The place felt cosy and cool despite the soaring temperatures outside. I would have loved to stay longer but the next group was already impatiently waiting outside.

I would like to thank Mr J.C.Dahl who saved the church from destruction – it was, indeed, a very good idea… 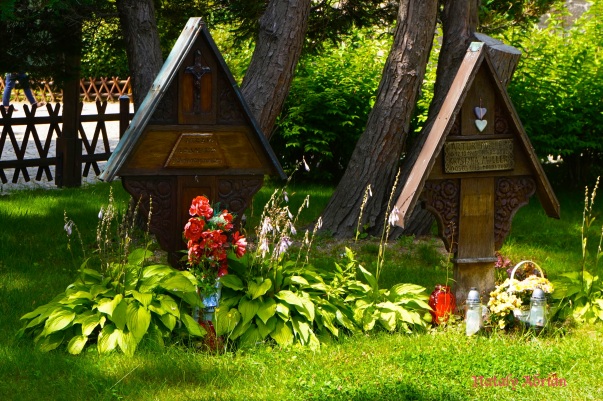