Ice hockey is the most popular sport in Latvia. When we went to buy the tickets, the guy at the Tourist Office in Riga asked us: “When do you want to go? Today, tomorrow, next week…” So we realized that there are matches practically every day.

It was our first ice hockey match. It took place in Arena Riga, which is an indoor arena, and it is also used for basketball and concerts.

We chose the match between Latvia and France. You don’t need to be an expert to understand how ice hockey works. I’m not really into sport but ice hockey is fun. And what I like about it is that it’s not dangerous to watch. Nobody will try to beat you up so you’re not risking your life as a supporter (or just a curious visitor!). But we did get a Latvian flag (just in case…).

The Arena was full…

Many Latvians came to support their national team.

Everyone was shouting: “Latvia, Latvia…” And their players’ names of course! That’s all I could understand in any case.

There were some very enthusiastic supporters…

And some unusual supporters…

The match was very dynamic. 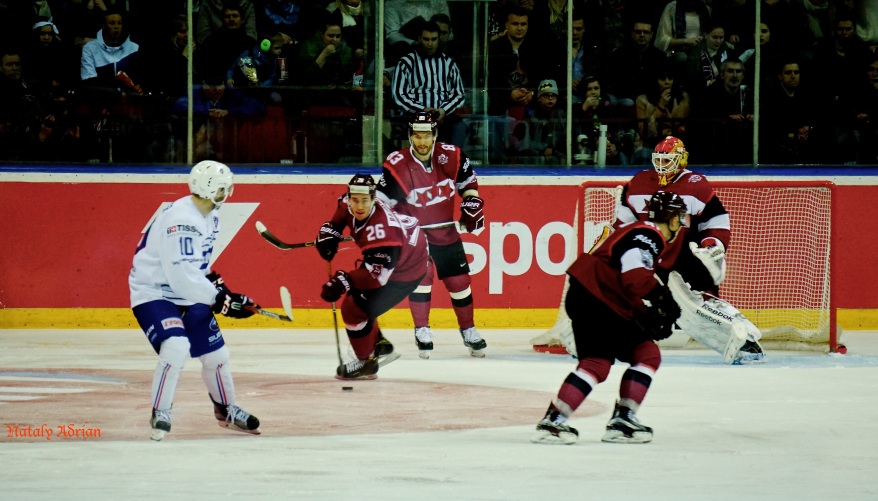 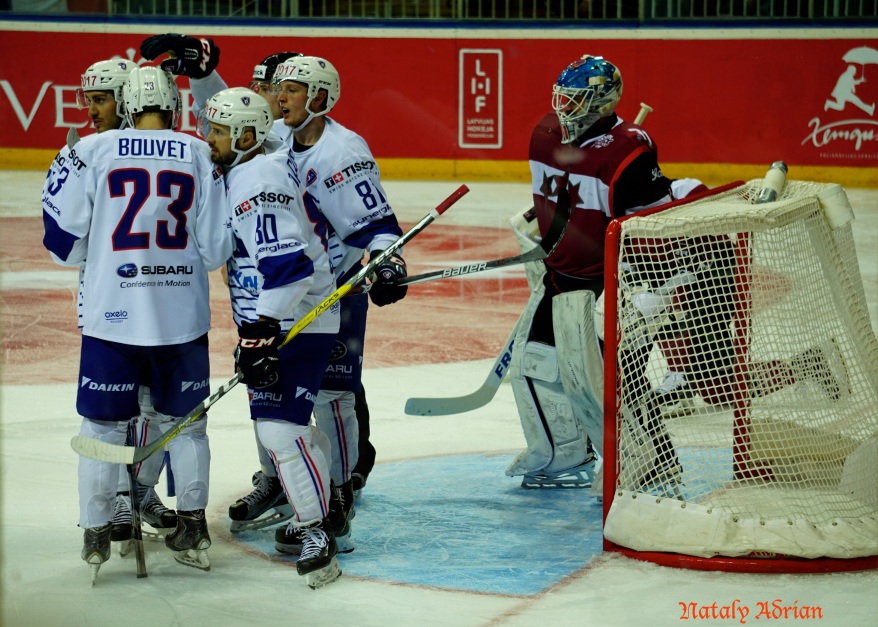 And there were a few fights but nothing serious.

There were very few French supporters or they were, perhaps, shy to show they were for France. But France won!