This is Tallinn, the capital of Estonia – and also my favorite city….I could give you lots of reasons why I like it so much: it’s old (but perfectly restored) […] 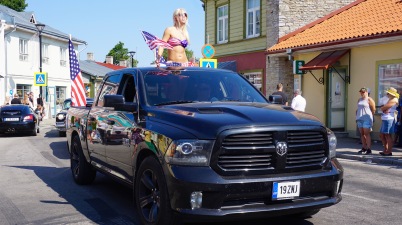 Once a year, a small town of Haapsalu turns into an American town. And that’s because of the American Beauty Car Show, which has been taking place in this Estonian […]

A few days ago, I spoke about Supilinn, but there’s another gorgeous district in Tartu. It’s called Karlova. It’s much bigger than Supilinn, so there are, of course, many more […]

Tagurpidi maja – an upside–down house located in front the Estonian National Museum. My absolute favorite! http://www.tagurpidimaja.eeAHHAA – a science theme park for families.  The centre has everything: from turning tunnels and rooms, to […] 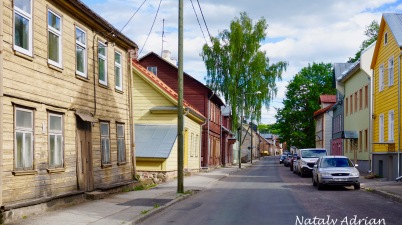 Supilinn is a historic district located in the northwest of Tartu and it, actually, means Soup Town. Due to its many gardens,  its residents gave the streets vegetable/fruit names such […]

Greetings from Tartu in Estonia

Tartu is the second largest city of Estonia and it’s often considered the cultural centre of the country. That’s because of the University of Tartu, which is the oldest and […]

We left Saaremma a few days ago but my boyfriend and I keep on talking about it. Saaremaa is such a beautiful, peaceful island. And we met some wonderful people […]

An extraordinary bus stop in Kuuse

If you’re visiting the island of Saaremaa, please go to Kuuse. There is a beautiful bus stop that was made out of one tree. Don’t you find it extraordinary?